The de Villiers family of ancient Franco- Norman descent defended and saved Europe against the Saracen invasion in 778 A.D. together with the last Emperor of the Holy Roman Empire Charlemagne.

At the end of the eleventh century 1096 A.D. They embarked on the first Holy Crusade in defense of their faith and quest for land where they conquered Palestine, Lebanon and Syria from whence their coat of arms originates. (Note the curved scimitar on top of the coat of arms).

Three Centuries later the Crusaders were driven from the Holy Land, however it is reputed that Jean de Villiers the Grand master of Acron and First Grand Master of Crete of the order of St. John of Jerusalem took with him certain vine cuttings the Noble Syrah (Shiraz) red grape which came from Syria (originally from ancient Babylonia) and the white cultivar chardonnay which originates from Lebanon.

Hence these noble cultivars were introduced to the European wine regions and subsequently world-wide.

In 1688 the de Villiers Vignerons fled France from persecution to retain man’s God given rights of religious freedom independence and the pursuit of happiness.

The de Villiers family arrived at the Cape of Good Hope South Africa in 1689 in defense of their faith and quest for land and introduced their firsthand knowledge and experience in the art of winemaking to South Africa more than three centuries ago. They were the first Pioneers arriving in South Africa with wine making knowledge and skills hence the south African wine industry was born.

The three de Villiers brothers were the only pioneers arriving at the Cape of Good Hope with a letter of recommendation from the Heeren Sewentien in May 1689, of the Dutch east India company at that time the biggest mercantile company in the world informing Simon van der Stel; the Governor of the Cape, that the brothers Pierre, Abraham and Jacques de Villiers had a good knowledge of viticulture and that he should assist them on their arrival.

In 1770 fortified sweet wine was shipped via the Dutch east India company to Hong Kong Beijing and Shang Hai-China Malaysia and Singapore. There the wine was traded for exotic Chinese silk crockery and pottery and it is reputed an oak barrel of cape Muscatel was presented as a gift to the Chinese emperor Qianlong of the Qing dynasty to the Court at the Forbidden City in Beijing 1795, by Isaac Titsingh representative of the Dutch Embassy to celebrate the 60th anniversary of the Qianlong Emperor’s reign.

In 1805 Vignerons began to export fortified wine and brandy to Great Britain and her dominions.

From 1812 a barrel of sweet wine was sent to the island of St. Helena every year to the Emperor Napoleon Bonaparte and his aide de camp First Lieutenant Yon(the only French companion allowed during his banishment) until his death. It was reputed to be Napoleon’s favourite wine! Still unto today 200 years later, de Villiers Wines of the Cape exports wines to Dean Yon Weinimporte via Hanover to European Wine merchant and direct descendant of First Lieutenant Yon.

In 1867 under their flagship “Paarl Rock Brandy” and other fortified wines they were of the first distributors to the diamond fields of Kimberley to the various towns of the Orange-Free-State and in 1873 further north to Pretoria and the goldfields of Johannesburg: the Zuid-Afrikaanse Republiek (Z.A.R -South African republic known as the Transvaal/Gauteng).

The continuation and fruition of these principles and more than three-hundred year old tradition is perpetuated by our Company today.

Villiers de Villiers the tenth generation in South Africa and present shareholder and brand Ambassador of the Company himself once a Vigneron for twenty years in the Paarl wine region. 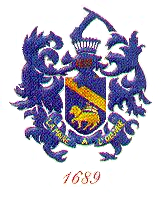